Winning her heart will be the sweetest victory of all. 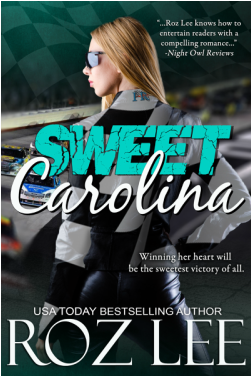 Twenty-three-year-old Carolina Hawkins needs an experienced Cup driver, or the business she inherited from her father will be facing its last lap on the NASCAR circuit. Approaching her childhood friend, Dell Wayne, is risky - there's a reason he doesn't have a ride in the middle of the season. Carolina pins her hopes and dreams on the man once touted as a brilliant, new style of driver, but whose recent track performance has earned him the nickname – Madman.

After his father's tragic death at Darlington, Caudell Wayne Jr. has done his best to live 'down' to his father's expectations. When Carolina Hawkins hires him to drive for her failing race team, her faith in his ability prompts Dell to dig deep to find the driver she needs in order to save her business and her dream, and if he's lucky, maybe he'll win the biggest trophy of all, her heart.

Also available from these retailers: